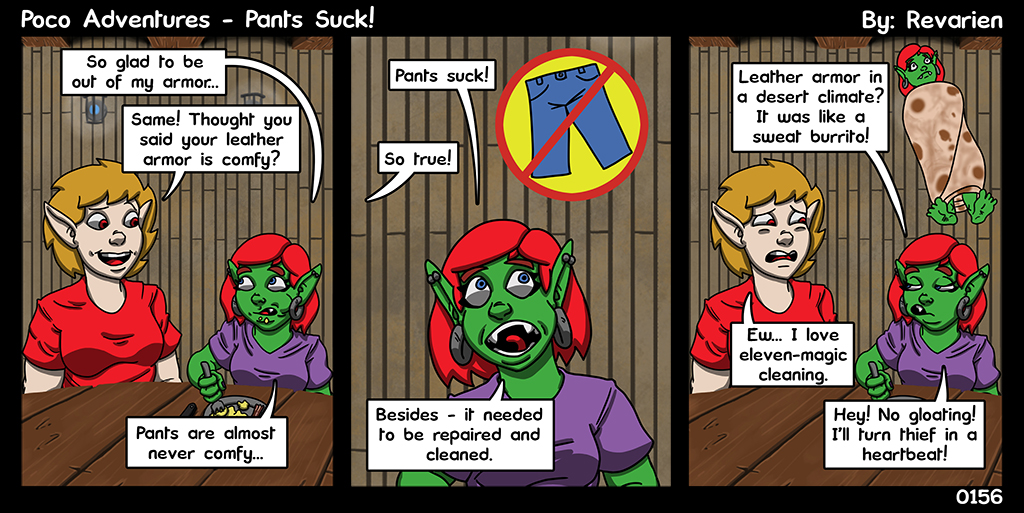 So… I may have tipped my hand on a piece of dialog from the last panel, in the comments section like… several months ago… that’s kinda what happens when I write so far ahead lol! Had a lot of fun drawing that Poco-burrito, lol Thanks for reading! 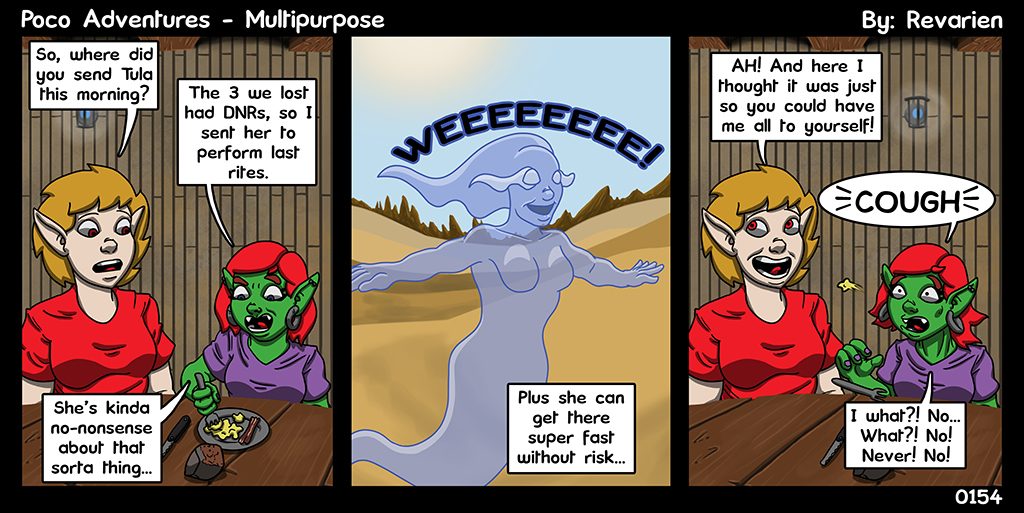 Truly isn’t want Poco had in mind… the DNR (do not resurrect) was really what it was about. But even shes surprised by Sun’s suggestion. Hope yall enjoyed the 3 comics from Halloween last week – I know they’re not everyone’s flair, but they sure are fun to do. Thanks for reading!

Telling a story in a 5/3/5 format is really… challenging. I have multiple pages of scribbles and scratch-outs from working on it, hah! I was initially going to make it multiple Haikus but found it a bit easier than I would have liked, so I went a different route. Hope yall enjoyed a bit something… Read more » 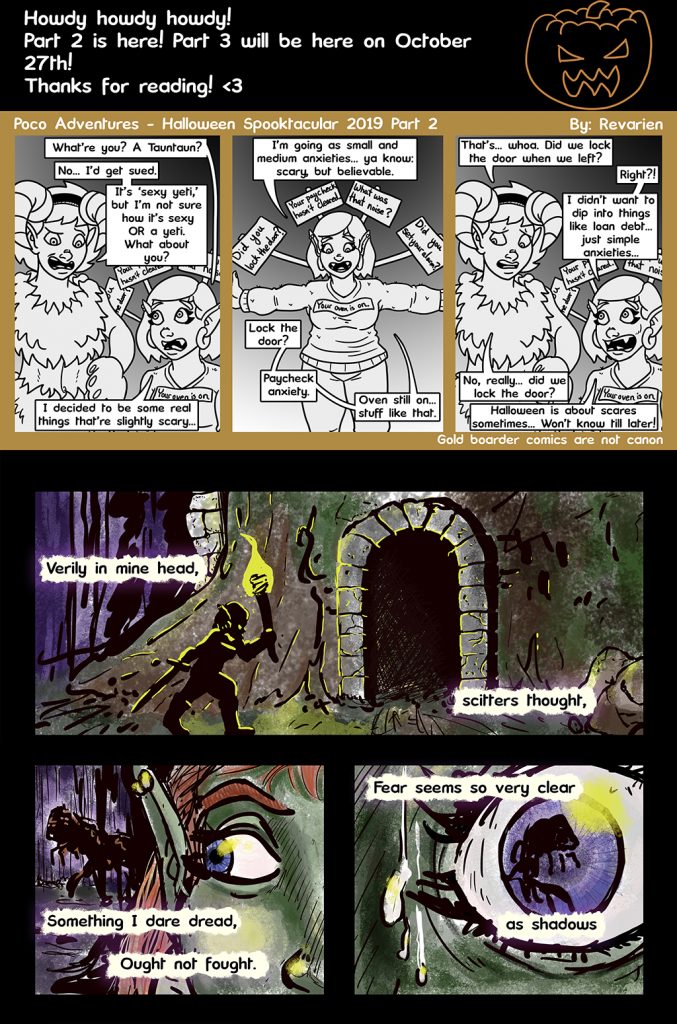 ‘Did you lock the door?’ ‘Your paycheck hasn’t cleared’ ‘What was that noise?’ ‘Did you set your alarm’ ‘Your oven is on.’ Maybe I should have gone with: Do I have enough gas to get to the station? Can I really eat all this food? My god, I ate too much food. Gas station sushi… Read more » 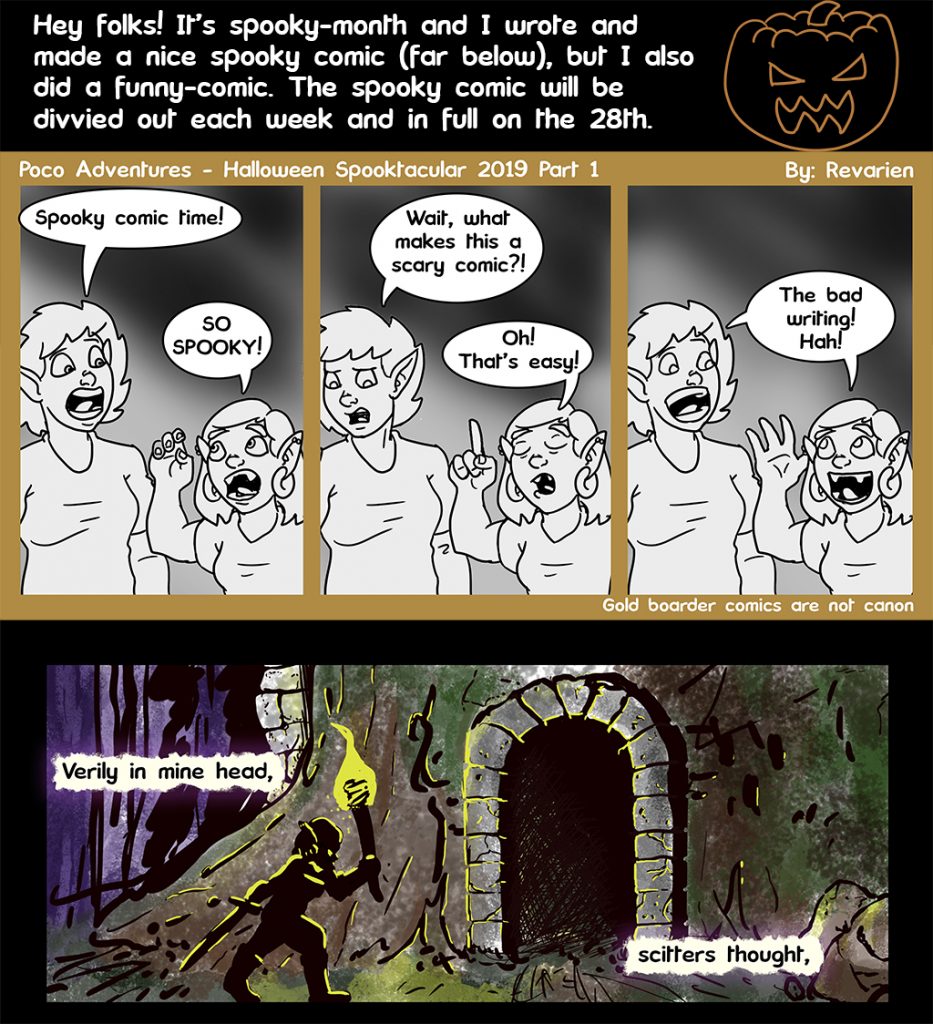 If you groaned at the comic – then it was scary-bad writing… and a success. It’s that ‘spooky-time’ of the year! I wrote a poem and short comic for this year’s Halloween, but I didn’t want to leave yall without jokes… so I wrote a short comic on top of that as well! It’s like…… Read more » 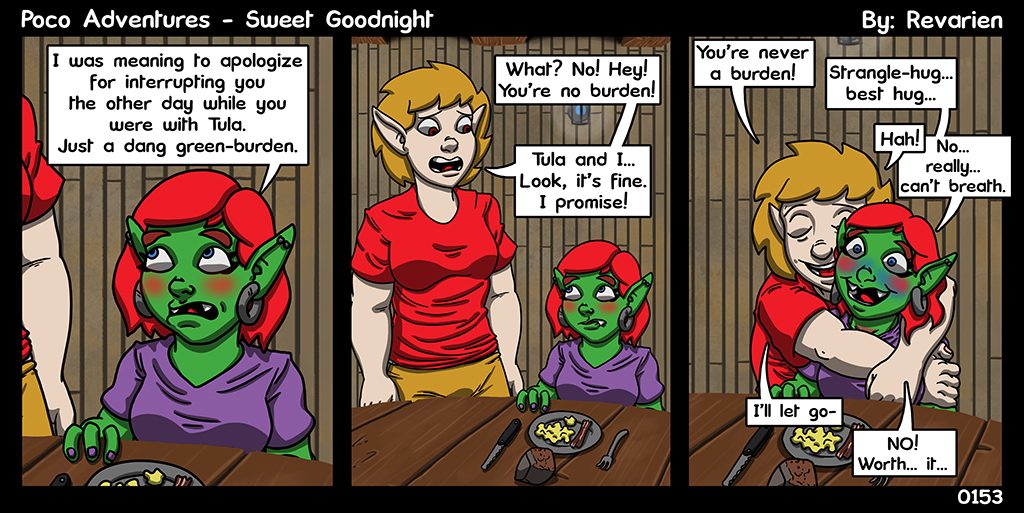 Not a traditional choke hold… maybe a traditional ‘Choked-up’ hold though! ok ok, forgive me, I’m a father so dad-jokes come super naturally… supernaturally. So… I did the Halloween comic this year already. Like, I did it last month. lol I hope you like it. Thanks for reading my nutty little webcomic 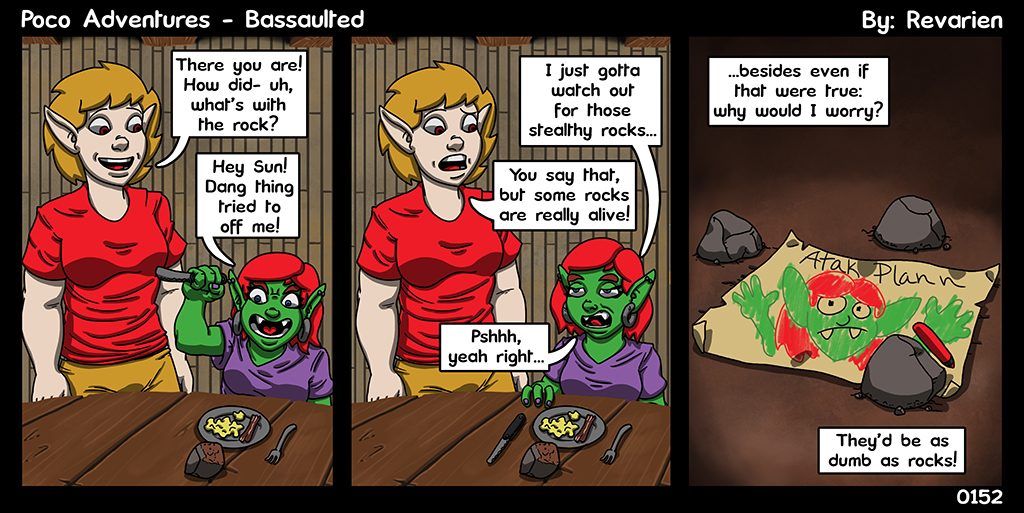 Look… I’m REALLY proud of the comic title ‘Bassaulted’… Like… I feel dumber that I’m so proud of it. Along with the ‘dumb as rocks’ which came out in my second edit as I was going through it tonight… “Basalt is a dark-colored, fine-grained, igneous rock composed mainly of plagioclase and pyroxene minerals. It most… Read more »

Ah, Gravity, the great betrayer! Worse than Brutus, Illidan, and Benedict Arnold… This is a great example of a comic that was NOT in the original line-up, but one that I thought to be a natural fit while writing and going back over this chapter the other day. It’s the benefit of working (on my… Read more » 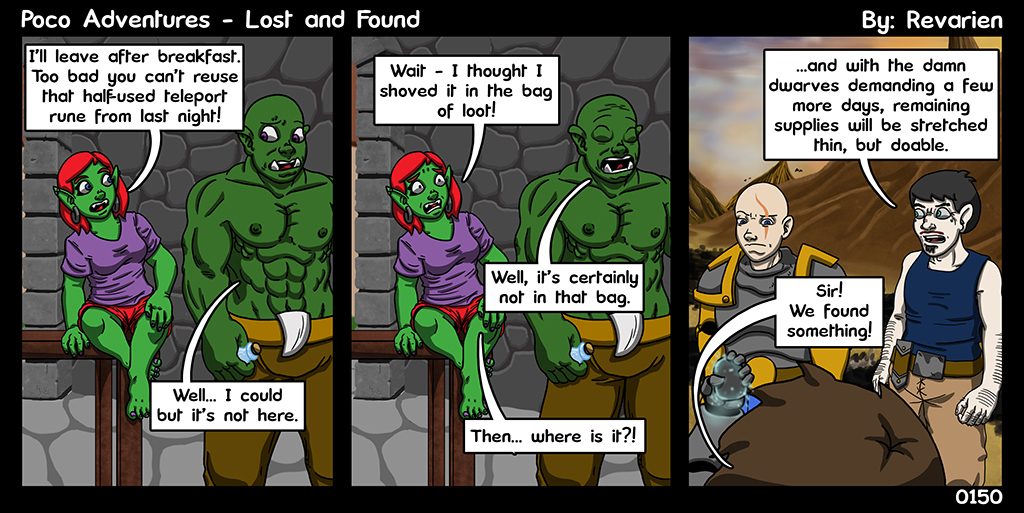 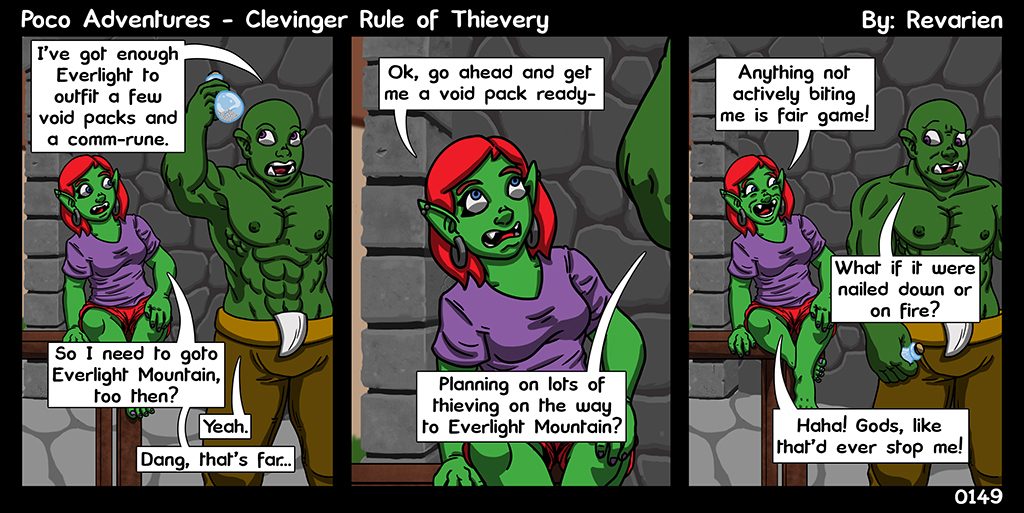 Homage – special honor or respect shown publicly historical definition – formal public acknowledgment of feudal allegiance. Uh… well, lets go with that first one. This comic is a direct homage to 8-Bit Theater, my first webcomic to read back in the day. *EDIT* I realized when I got to work and had my first… Read more »