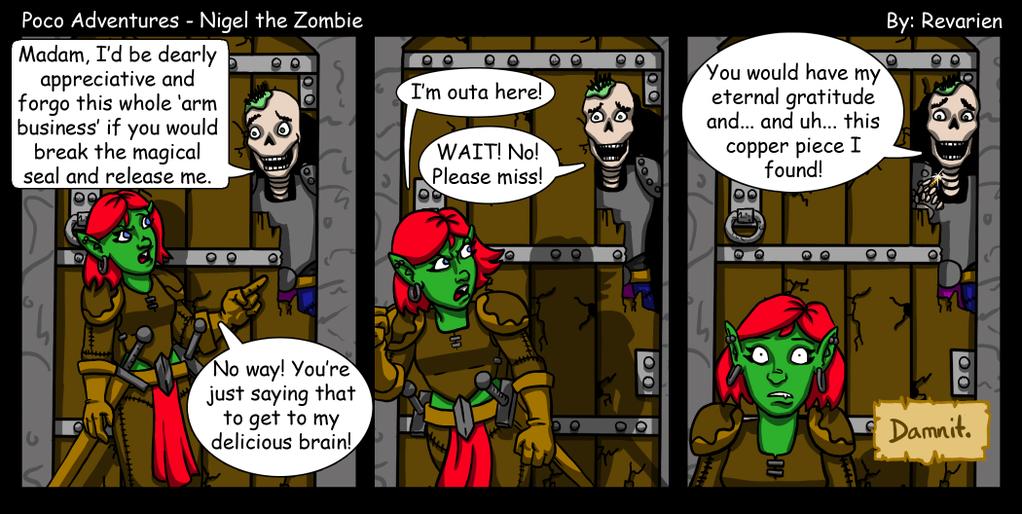 Sometimes what you’re after isn’t always in the best place… or you’ll have to make a tough decision to get to it. 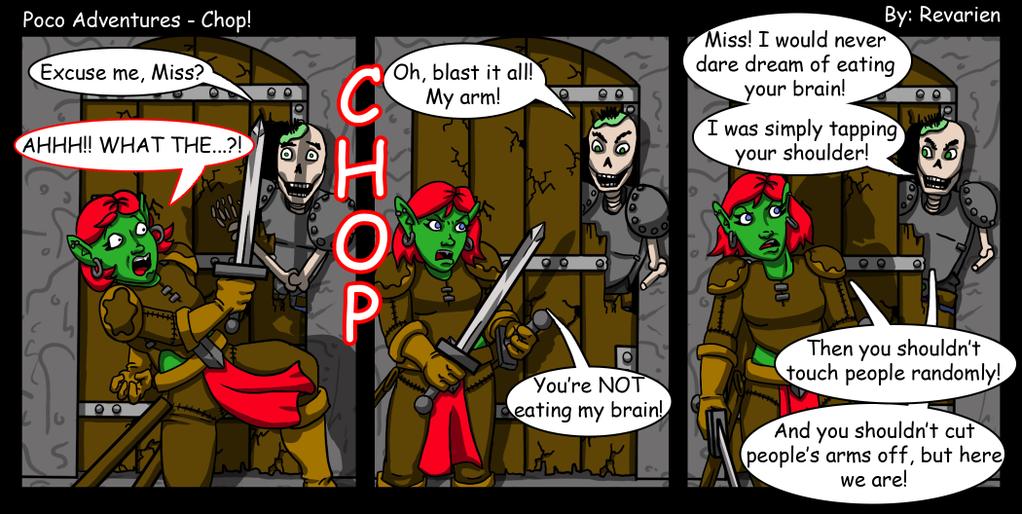 I’d say that hurt, but seriously… I don’t think he has any nerves. He’s probably more polite than I’d be in that situation. But this highlights that it’s probably not best to startle someone when they’re carrying a sword – but she’s a bit quick to slice too.     Fun fact: most of this… Read more » 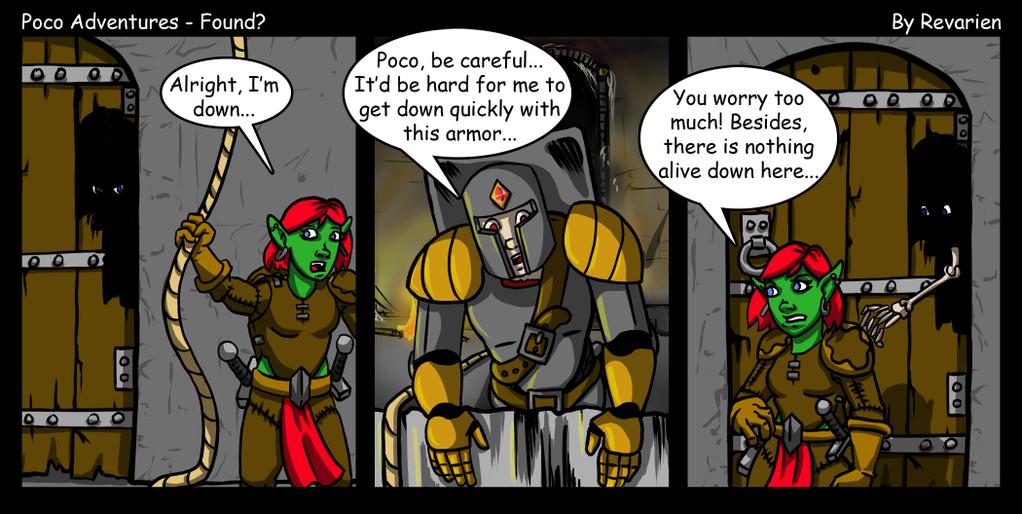 I try to keep the action moving along! 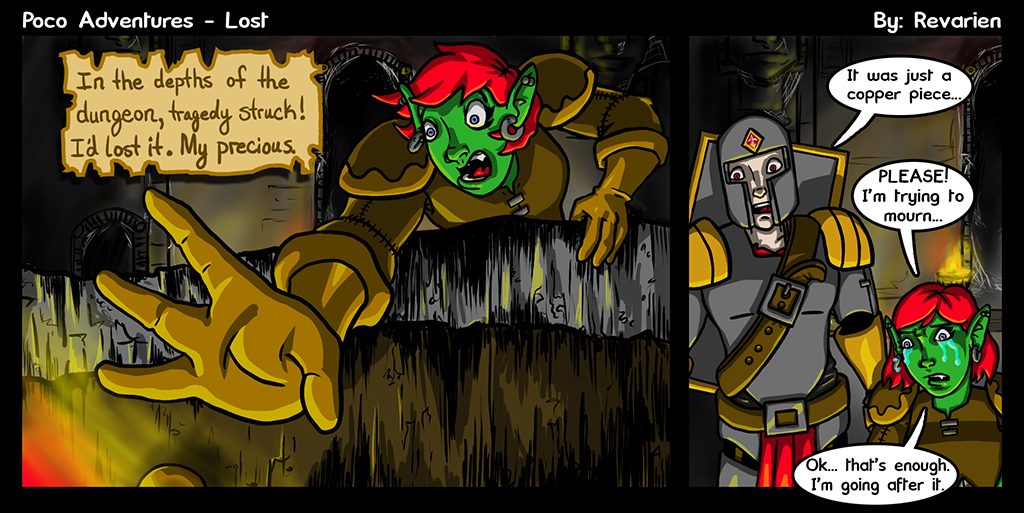 Number 1 of my fantasy comic… it will have comedy, drama, mystery, deceit, love, life, death, and adventure! I would rate this between a PG-13 and a soft ‘R’ for violence/gore/dark humor. The format of these comics will typically entail 1-3 panels as the name doubles for the adventures of the character known as ‘Poco’… Read more »