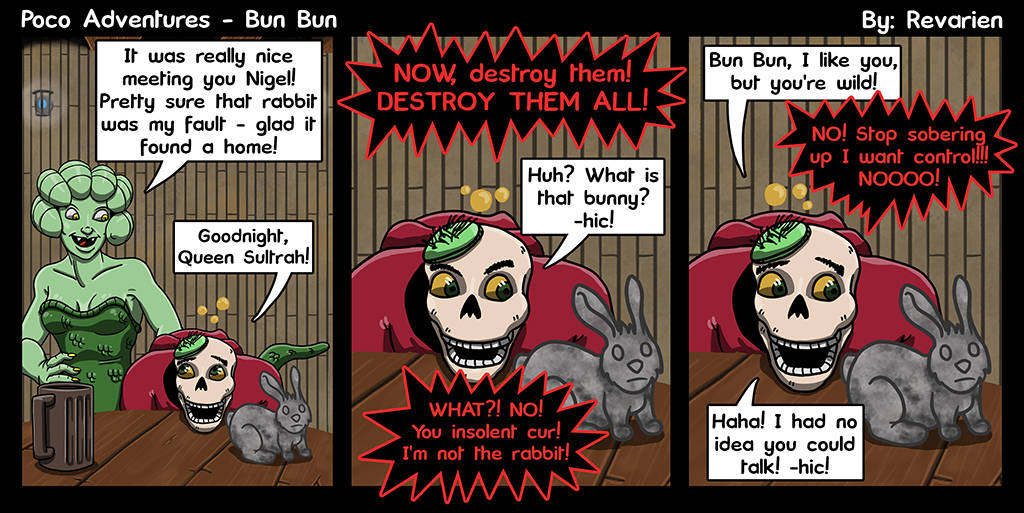 Meet Queen Sultrah… She’ll be back in the next chapter. Queen of the Gorgons and the under-caverns below Outrunner Outpost. Poco met the Queen in the founding of Outrunner Outpost… it’s a story for another time.

I’m starting to update my Patreon with my sketches for each comic – they’re rough and usually contain notes of the comic. It’s for $1 and up patrons – I’m going to start lagging them for release to all by about a week after a while, and then a couple weeks after that.
This way everyone can see them eventually, but you’ll have to wait quite some time to see the more recent ones.

btw… saw someone ask on twitter, “What is the song that plays when you go Super Saiyan the first time?” Mine is definitely this

A queen that leaves her kingdom to slip into a tavern to chat up strangers.

That reminds me of the stories told of Harun al-Rashid, except he would go undercover with his Wesir in his own kingdom. (Caliphate. Whatever.)

Sultrah probably considers Outrunner Outpost to be part of her kingdom anyway, or at least a protectorate. But a queen without an entourage still seems unusual.

It’s explained a bit in the next chapter – but I’m not really spoiling much by saying her kingdom is completely under the Outpost. She doesn’t have much of a kingdom left as far as subjects goes. I’ll get more into it later on though