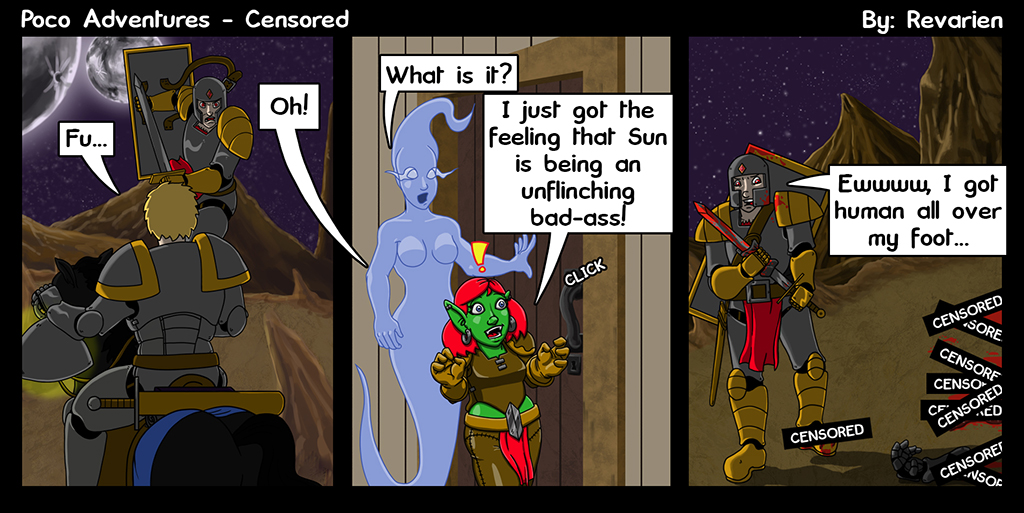 Ok, so… this page changed from my original design QUITE a bit…
I had a 3 panel gore-filled fight with Sun decidedly winning, but then I realized how few things in the fight I could show on any site I post this comic. So I went with jokes instead. The only panel that is the same is the first one.

Don’t get me wrong – I don’t mind violence in this comic – there will be plenty – it’s just that this fight was soooo far over the top of what I had initially sketched out, I had to dial it back a bit. Same results, different method.

Would ya’ll like to see my Inktober stuff? I’ve been doing them most ever day.