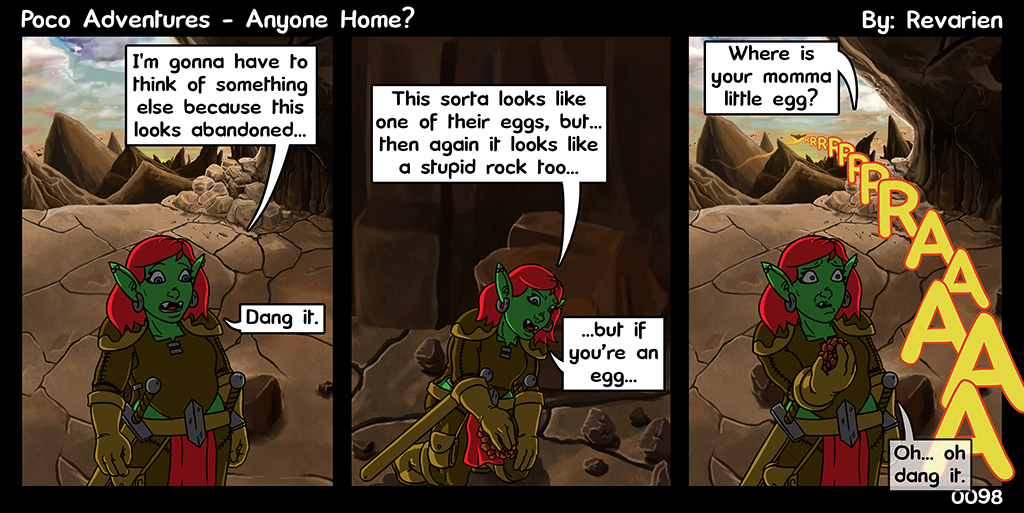 Whelp… things are about to get…. fiery.

Just to be clear – she has/had a plan… but as Mike Tyson famously said: “Everybody has a plan until they get punched in the mouth.”

The Mike Tyson of my fantasy world would probably say it like “Everybody has a plan until they get attacked by a mimic treasure chest or a bird made of fire.” …. probably.

Next page (0099) is my HUGE HONKING PAGE I’ve been going on about for the last several… I hope you dig it :3

If you feel like voting on TopWebcomics for the comic it’d be appreciated! <3

Somehow holding a potential phoenix egg just doesn’t sound like a good idea though it would be amusing if actually was a stupid rock and she tries to hand it to the phoenix as a gesture of peace. Looking to 0099 then.