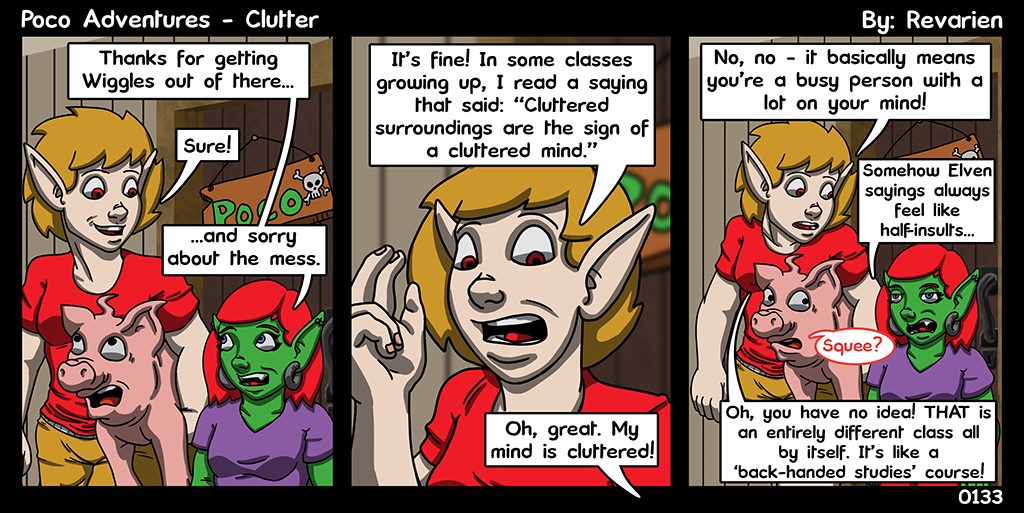 Sun isn’t kidding: “if you want to maintain an air of know-it-all, ya gotta make others feel like they don’t!” -Probably another Elven saying. Phew… busy weekend – Avengers Endgame (no spoilers from me!), Game of Thrones, Magic War of the Spark… lot of nerdy things coming to a head :O Thanks for reading! Please… Read more » 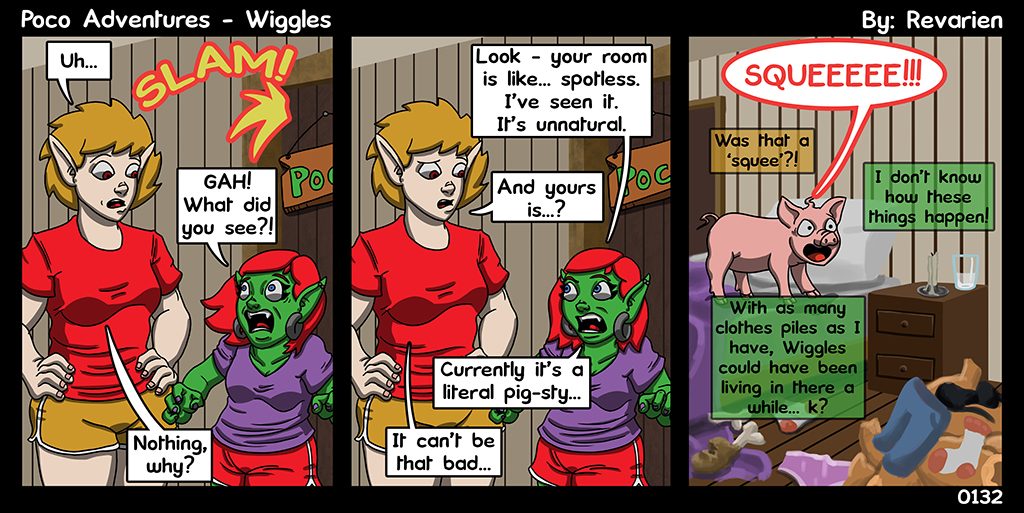 Seemingly a one-off, but I promise it’s not! Been playing D&D again – after roughly 12 months off from the game… Omg it’s been a blast. I’m currently keeping a character journal – keeping the adventure written down in my characters’ own voice/words. Also, adding sketches when appropriate too. I may post them at some… Read more » 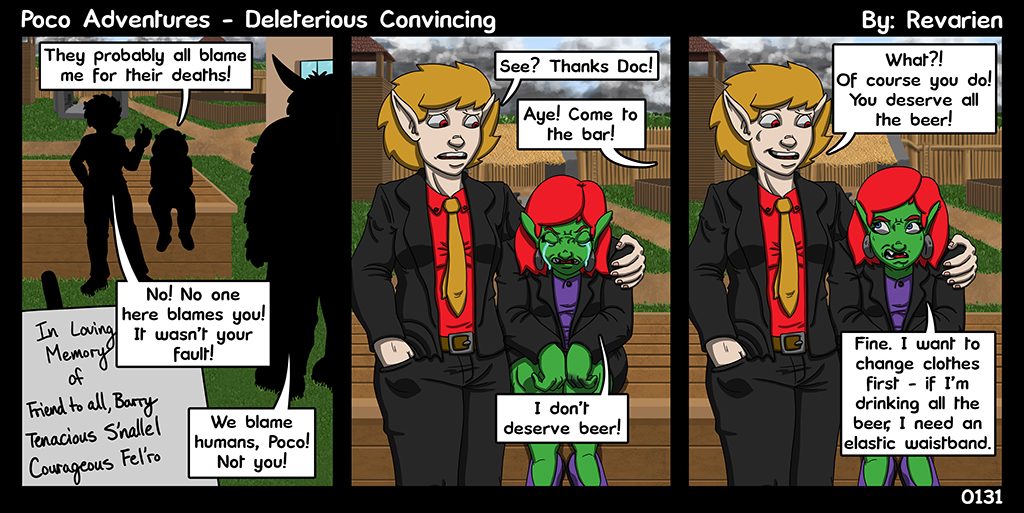 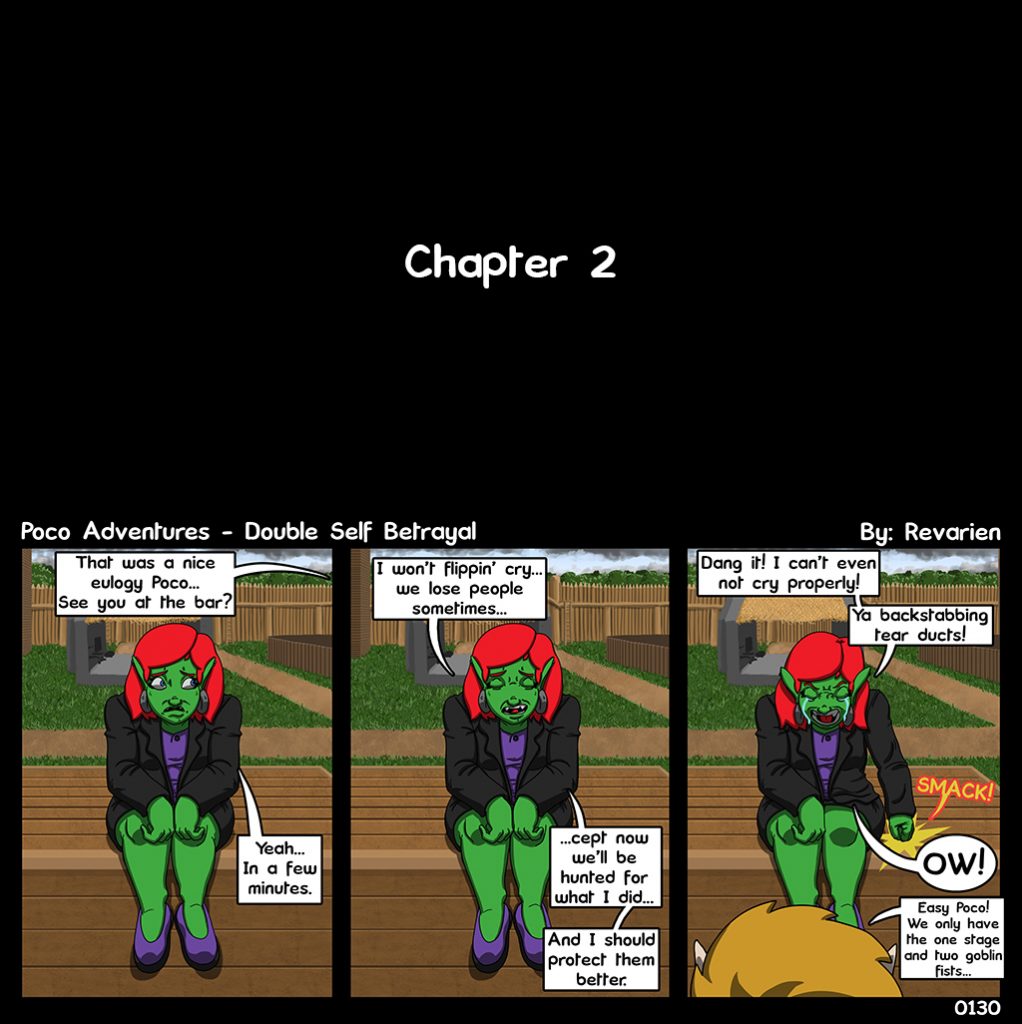 We’re picking up the very next day :3 Super tired folks, my birthday was a blast though – just still super busy, lol Thanks for reading! Please remember to vote on Topwebcomics! Like on Facebook! Like on Comic-Rocket! Favorite on The Webcomic List! Bookmark on Webtoons! Bookmark on Tapas!

It’s mah birthday week! 😀 So since we were at a good point for me to do the cover to Chapter 1, and it was my birthday week, I figured I’d just work on what I wanted instead of continuing the story – sorry, but I had blast doing these :3 I hope you all… Read more » 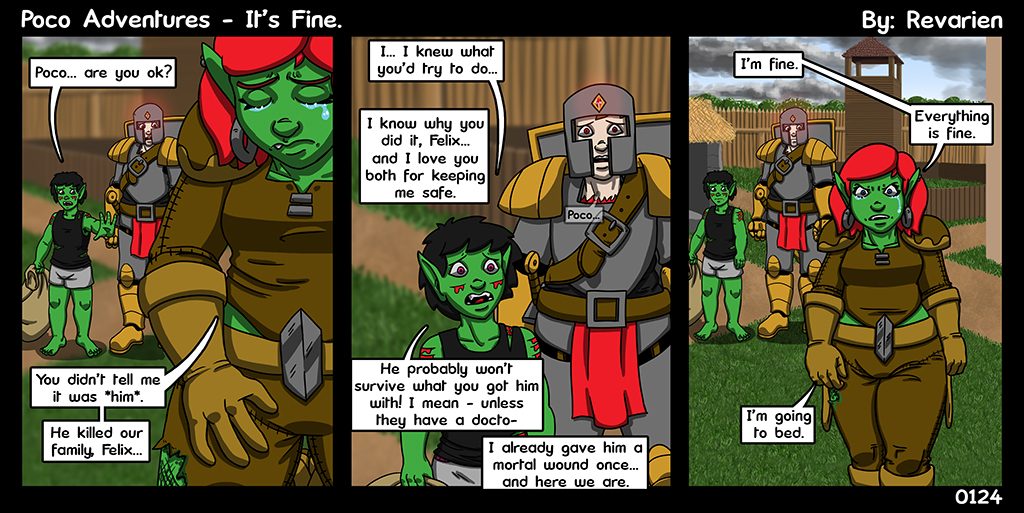 Bittersweet victory… and no confirmation for Ryker’s fate for Poco… But you’ll know! Next week! :3 Stay tuned – it’s a true game-changer and I don’t use that lightly. Then we’ll hop into the epilogue and expand the world a bit… Then into Chapter 2! Be sure to do all these links and help the… Read more » 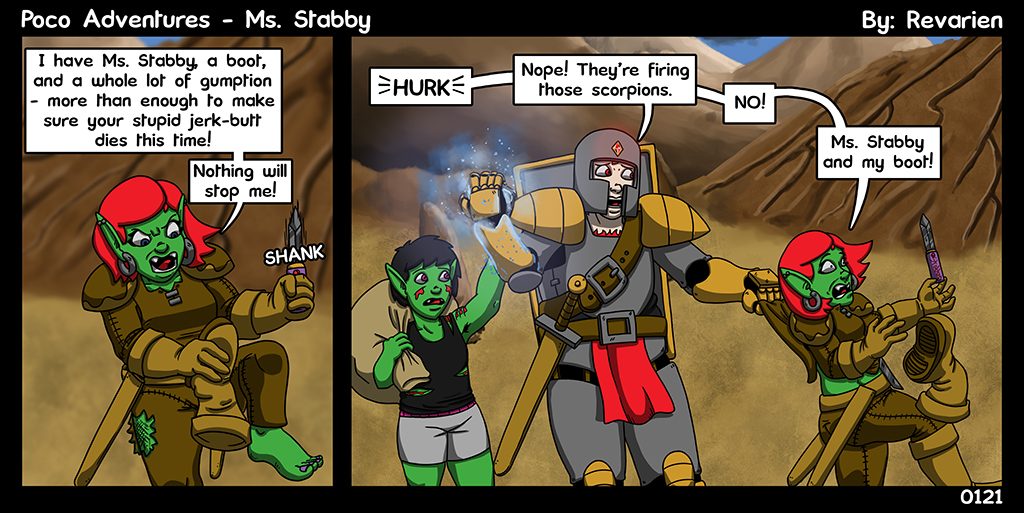 Sun would never take the chance to let her go in like that… Poor Ms. Stabby 🙁 Thanks all for reading! 😀 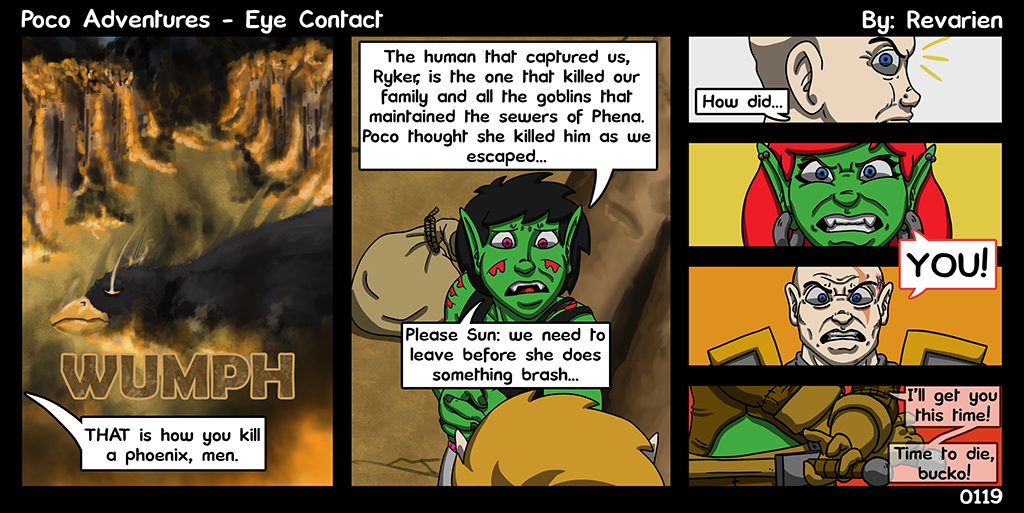 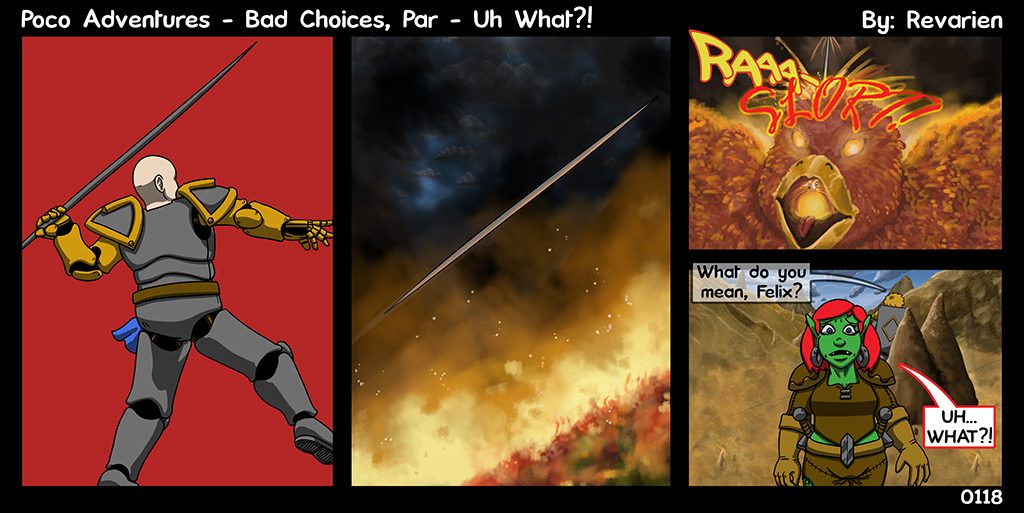 Ryker is a bit of a boss… and Poco really didn’t intend for the Phoenix to get hurt… let alone take a javelin to the head – she didn’t think anything would really hurt it. I’d say painting that second panel was probably one of my favorite things to do… the fire against the smoke,… Read more » 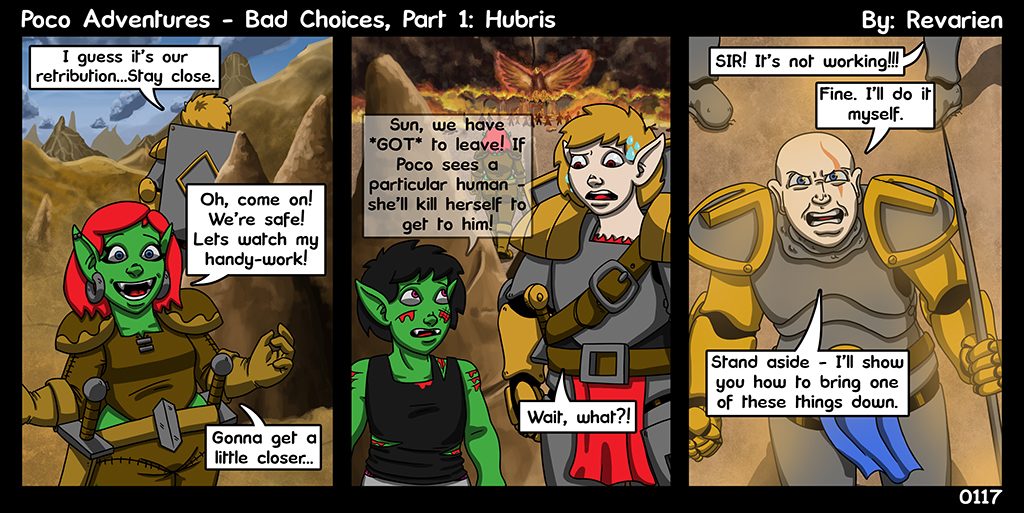 So the title is: Bad Choices. In all hindsight and movies you could point to – ‘Lets watch me win’ is halfway up there – especially if you’re already in the midst of winning. It’s like watching a stock you have go up and up and relishing in your genius for buying it right before… Read more »