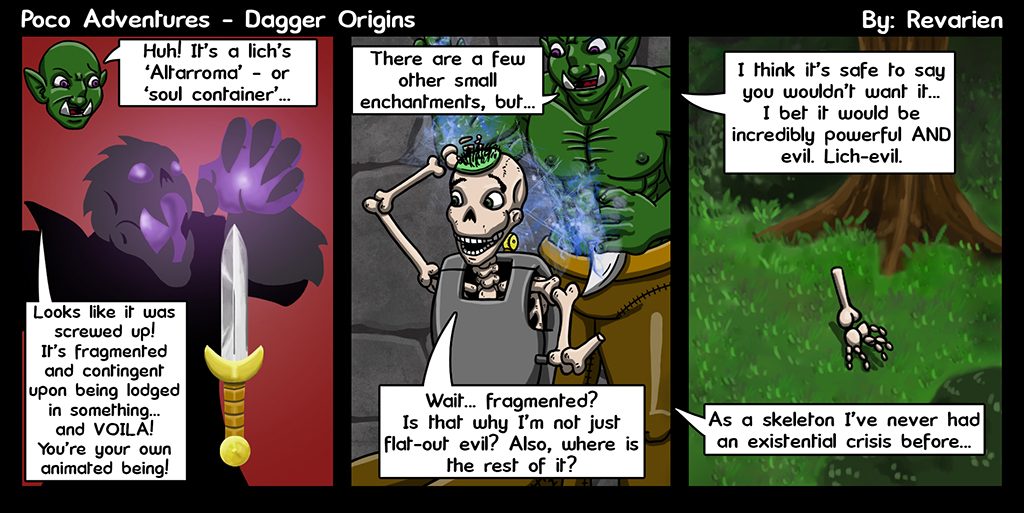 update: I believe this to be a good change. Normally most fantasy writers would call this a ‘Phylactery’ – I have since opted for my own word. I had a conversation with a friend and she told me the origin of the word Phylactery. She did NOT ask me to change it – but considering… Read more » 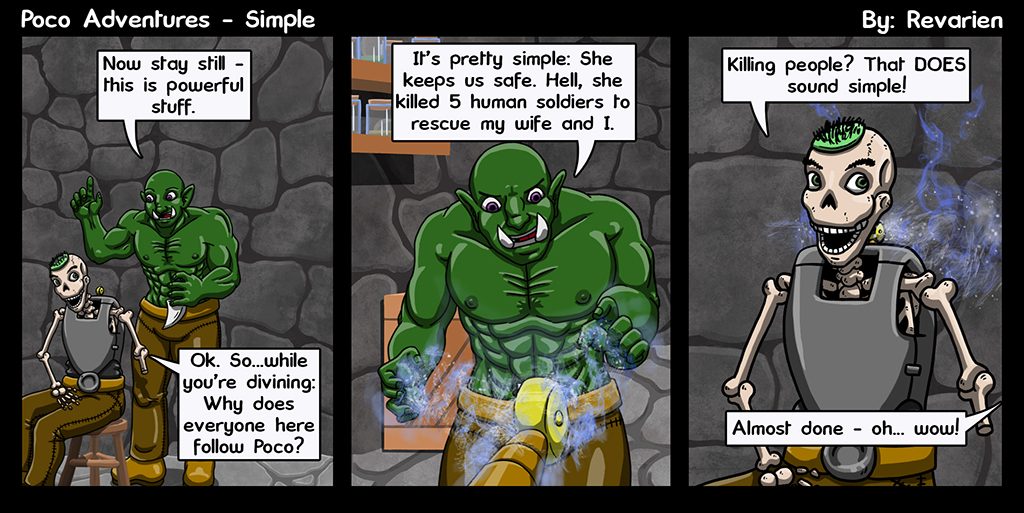 Origin of the dagger coming shortly! :3 I got asked by a reader ‘Why do you jump around so much?’ and I figured it’s only fair to tell you. I kind of treat this like a TV show when I write – each person I’m following has a particular vantage point and I want to… Read more » 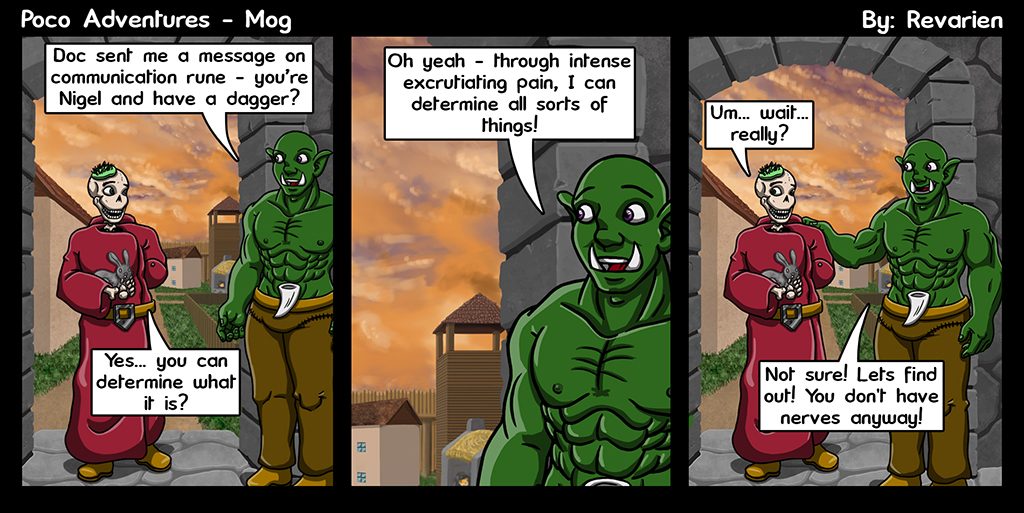 Our resident Orc, Mog. You can see the blacksmith in the background, for reference as to where they all are… I am one strip behind on my backlog, but I have Monday’s update ready already. I’ll try to catch back up this weekend :3 Seeya soon folks! 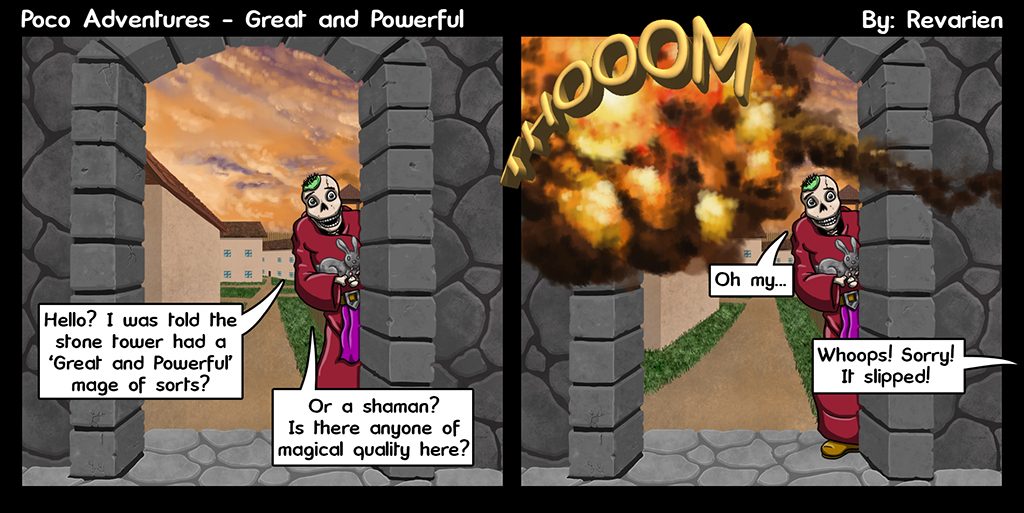 Fireballs should probably be handled with a bit more care. We’ll officially meet Mog soon, but that was his errant fireball. This is the sky I painted a while back that I was excited for… also I rendered the entire background (even behind Nigel) and sadly he covers a bit of it up… oh well… Read more » 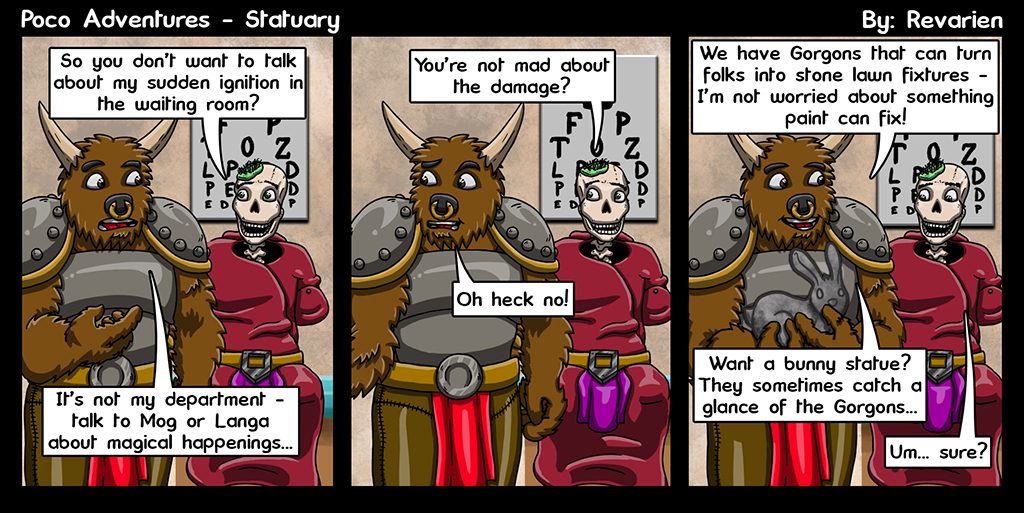 Poor bunny. Gorgons in this world don’t AUTOMATICALLY zap folks, but they can either intentionally do it, when startled or if they get too angry. Luckily this world has magic, so it’s reversible with some care. Movin’ along nicely, but I had an out of state function this last weekend, so I couldn’t be on… Read more » 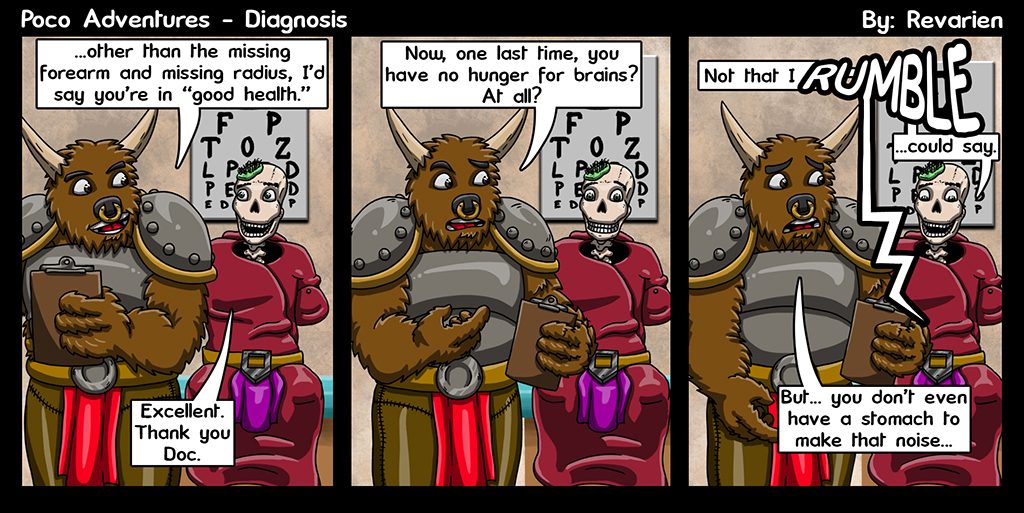 Back to Nigel for a couple. We’ll catch back up with Poco soon enough – she’s got planning to do. Did a painting of the sky, ya’ll will see in the background in a couple strips – kinda excited to show it off. :3 See ya’ll Monday! 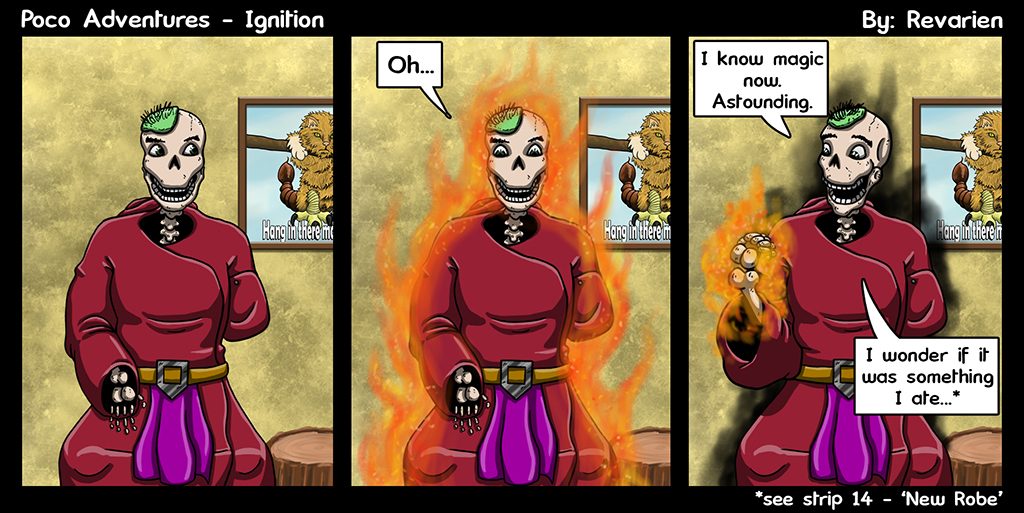 *Happy Monday! Looks like Nigel had a bit of an unexpected result from his dalliances – whether he knows it or not. We’re seriously getting a bunch of characters in here and you’ll know quite a bit more about everyone shortly. I’m putting a bit more time into it this week to make sure I… Read more » 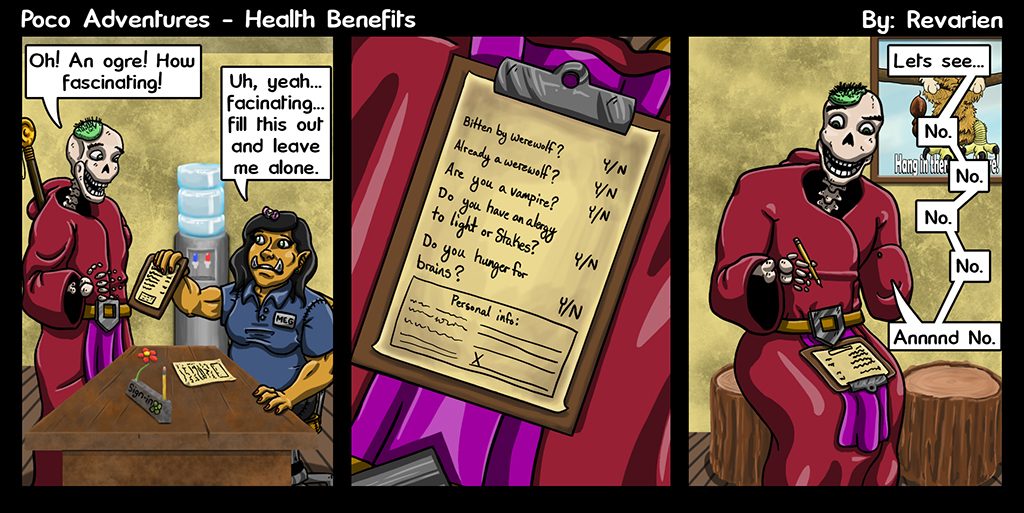 Extra comic Thursday! Marking 25… wow. When I started writing/sketching these a few years back, I didn’t know I’d actually get this many finished! A few have gone through some solid revisions, but the core story is still there. I have roughly 100 sketched and written out at the moment, when a few arcs in… Read more » 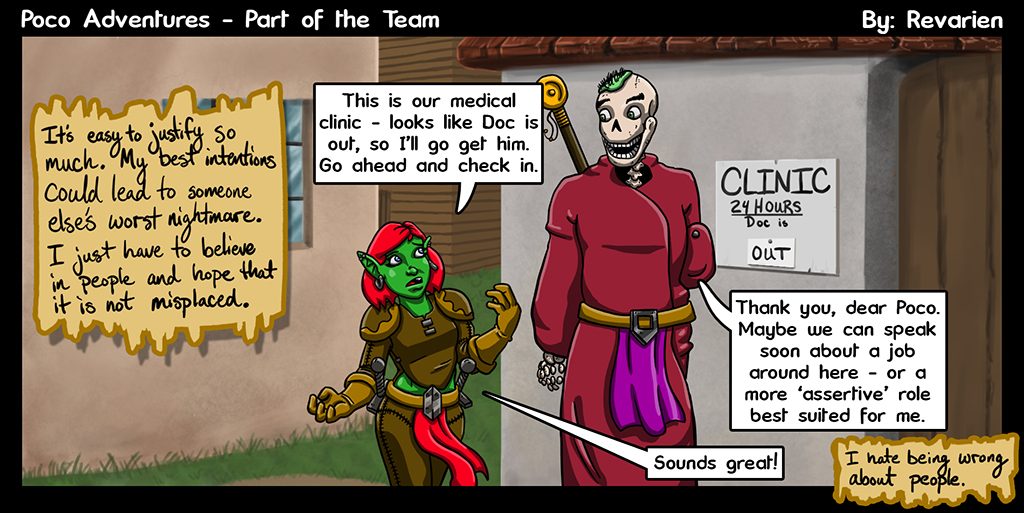 Going to meet quite a few new characters soon – I’ll try to keep the Characters page updated accordingly. It’ll also have some background on characters that can usually be inferred/isn’t worthy of a comic/maybe implied later. I’ve updated the links below to the best of my knowledge for sites to list my comic and/or… Read more » 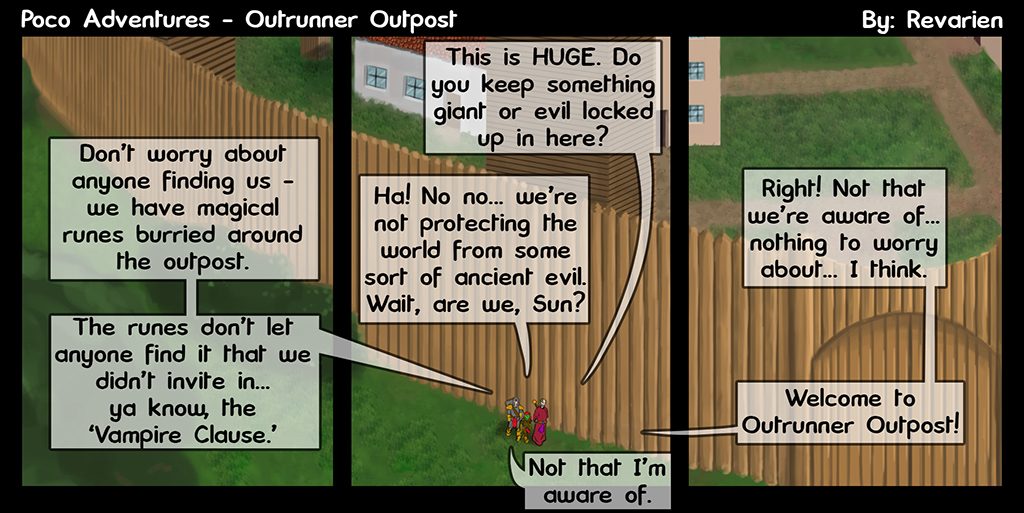