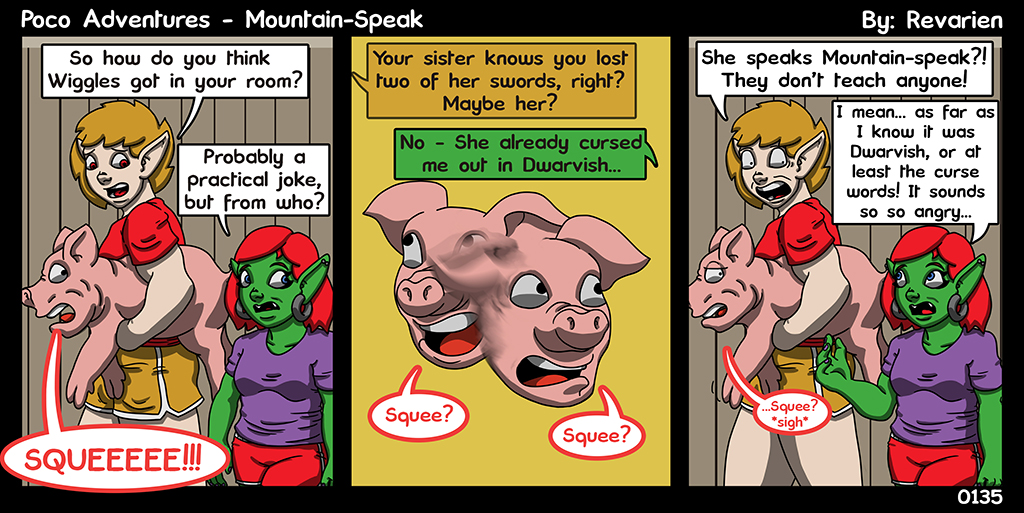 Some lore to my world:
A Dwarven person would say it as ‘Due-whaff’ or ‘Due-Ware-Ven’ but thousands of years ago, but they call themselves ‘Dwaff’ ( In their tongue the Mountain is spoken first though – so if they’re the Dwaff’s of the Shontil Mountain Range, it’d be ShontilDwaff). Others used to say ‘Dwarf’ instead of ‘Dwaff’. So sadly Poco doesn’t know the distinction mainly because she’s never met one before, nor been corrected on it.

and non-lore:
I watched game-of-shows last night, and I just wanna say, no matter how *I* feel about it or think things should change, no one’s going to be fully satisfied with a mythos they are trying to predict or feel they have a better plan for… that’s why fan-fic exists after all, lol.

I’m just glad we got a medieval setting with dragons, gorgeous visuals, and great acting… like… I never would have thought something that would have been called ‘nerdy’ or ‘geeky’ when I was a kid, would be such a cultural phenomenon it is today. For that, I can’t be upset at all.

thanks for checking it out and I’ll be back next week with a piping hot new page!
Please remember to vote on Topwebcomics!
Like on Facebook!
Like on Comic-Rocket!
Favorite on The Webcomic List!
Bookmark on Webtoons!
Bookmark on Tapas!

Methinks that is not Mr Wiggles (at least not inside)