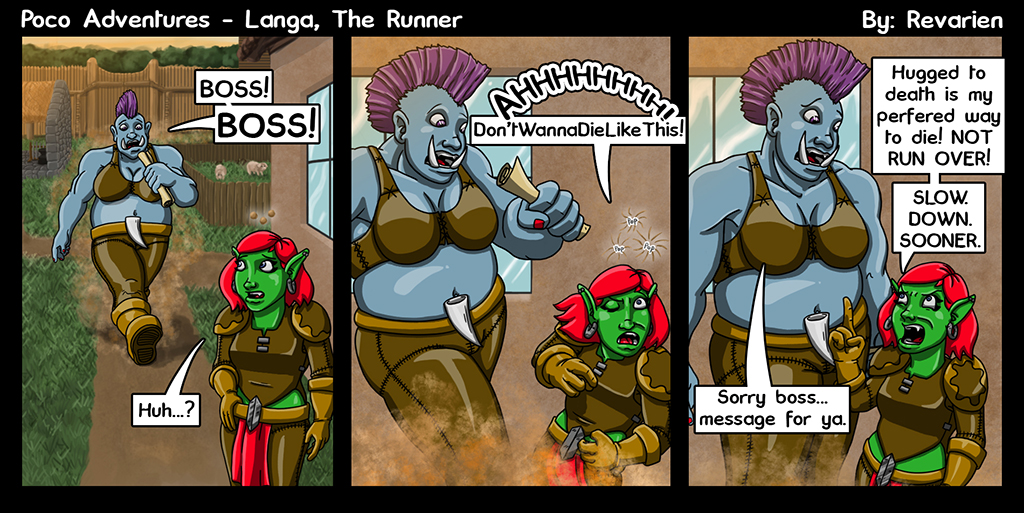 Langa’s mohawk is one of my favorite things I’ve drawn in forever. It doesn’t seem like much, I’m sure, but it took me hours to get that right, about 2 years ago when I was writing these initially. Also, if you have got to ‘go’ – Langa gives good hugs…

I’ve been watching a TON of ‘Justified’ (with Timothy Olyphant) – I had no idea it exist before a couple days ago and I’m like 3 seasons in. Dang that’s some good binging.

I’m ahead on comics, so I’ll seeya Thursday too instead of just a Monday update!

PS: boring stuff – I’ve been trying to get the word out about my comic as best I can, but I know for fact that it’s the readers that do that the best as forums/word of mouth/etc. help the most. Please keep it up! Subscribing to the comic through one of the links in the post below helps out a bunch too! Thank you!