I made a new category for this one: Out of Order Extra… meaning it’s canon, but… just out of order from the rest of the comic. I wanted some way to add ‘adventures’ or ‘one shots’ to the comic canon without interrupting the story (but still interrupting it to a degree). As the text says,… Read more » 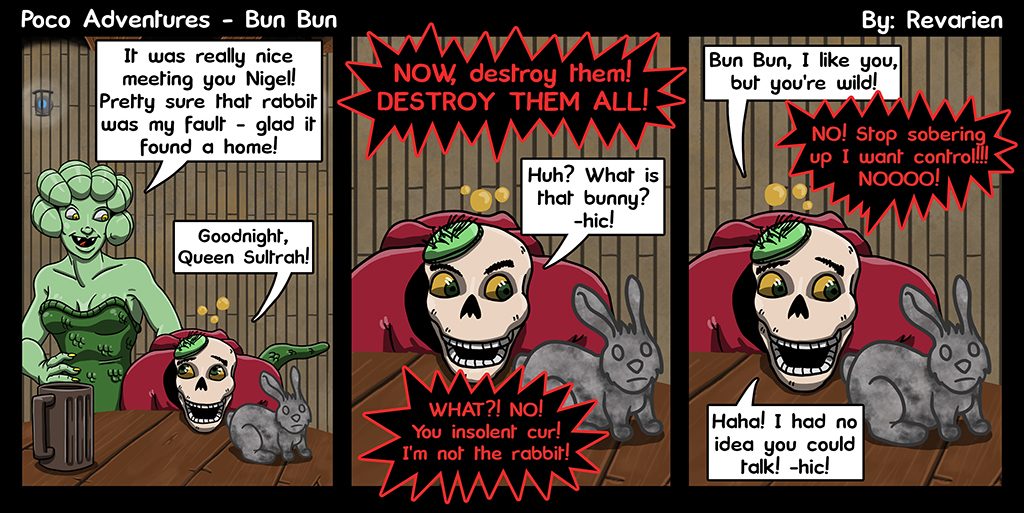 Meet Queen Sultrah… She’ll be back in the next chapter. Queen of the Gorgons and the under-caverns below Outrunner Outpost. Poco met the Queen in the founding of Outrunner Outpost… it’s a story for another time. I’m starting to update my Patreon with my sketches for each comic – they’re rough and usually contain notes… Read more »