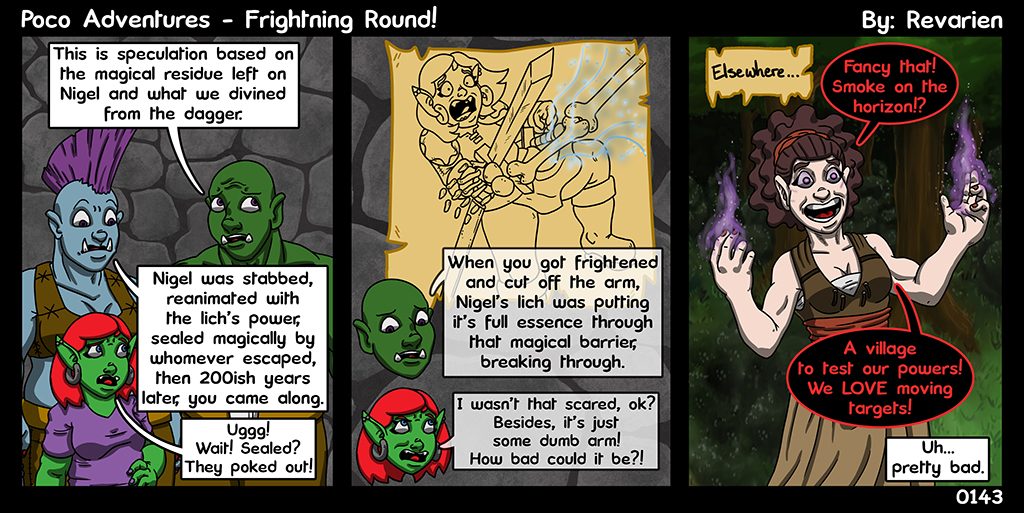 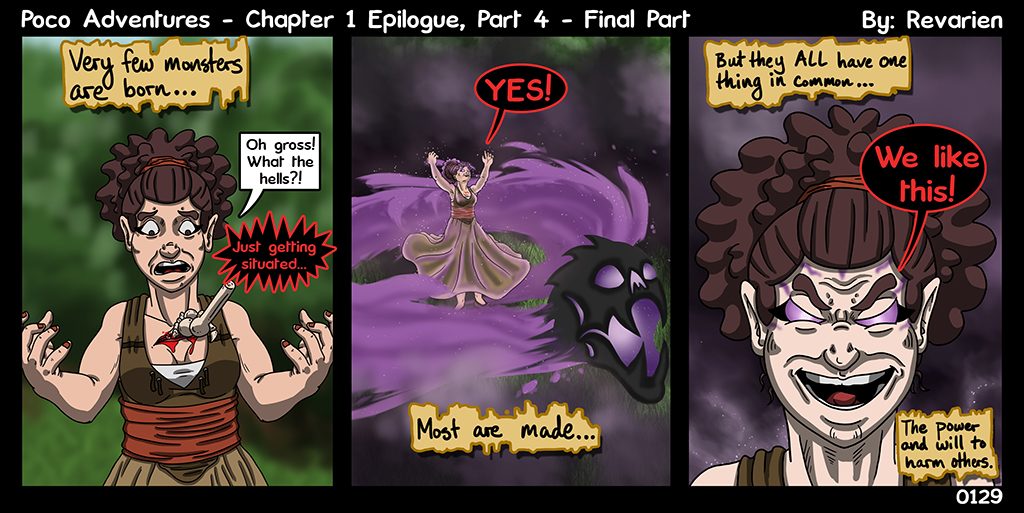 Oh snap! Meet Ashley! The ‘Left Hand of Nigel’ – the rest of the lich – that’s been running around since Poco cut it off, has found a host… and a very willing one at that! This fully concludes Chapter 1. I’m gonna do a cover for it and some world building stuff next –… Read more » 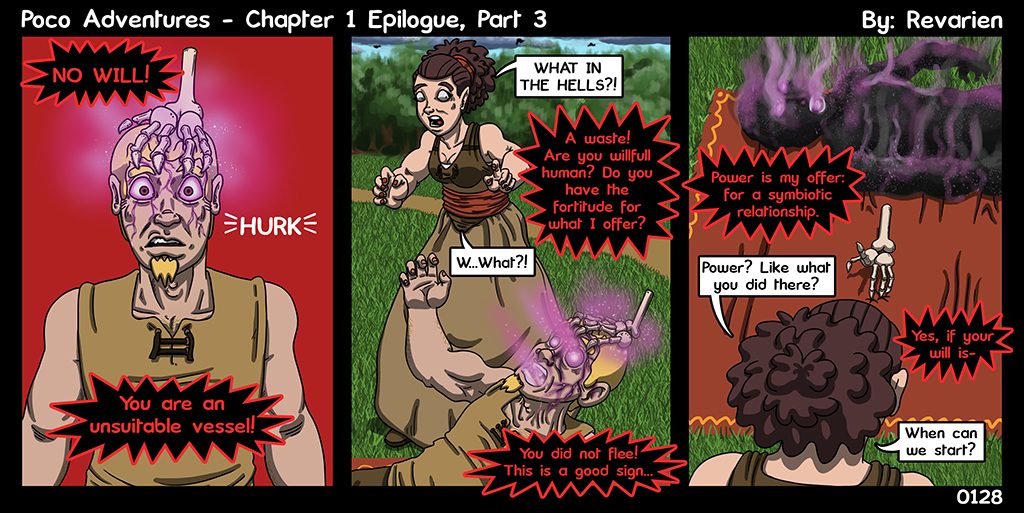 There he goes… bzzzt! This was a lot of fun drawing the spell effects :3 Would you take a skeletal hand’s offer for power? 1 more till we head into new territory with Poco and the gang! 😀 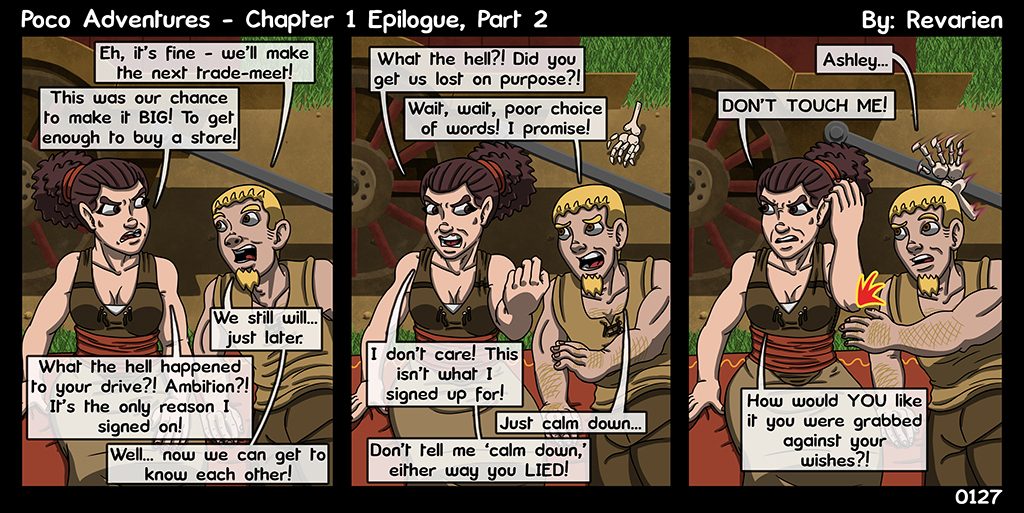 My first draft of this had details about the trade festival they were going to… and that’s just boring lol. Lets put it this way… Ashley has a spot in the characters panel… this dude does not >.>; 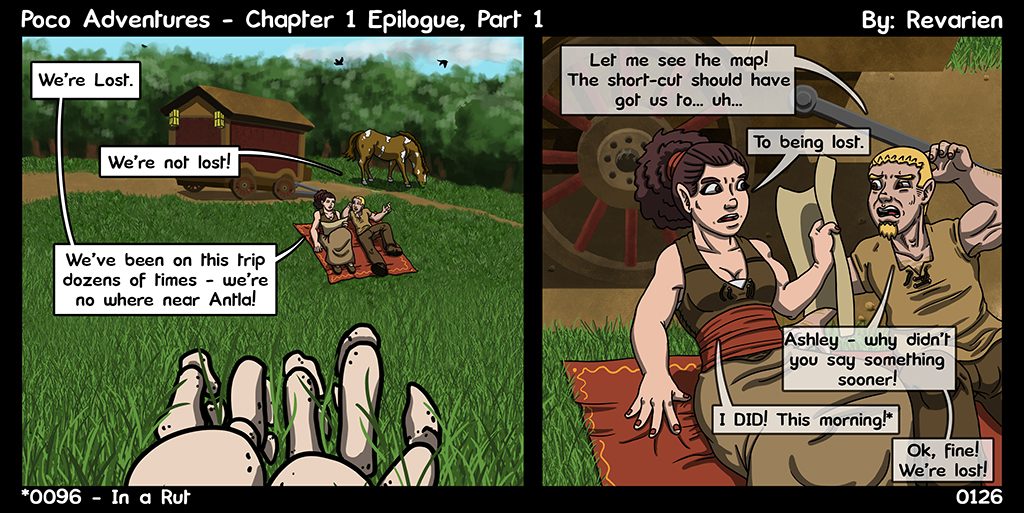 Into the Epilogue! The left-hand of Nigel is still clattering around! (* she’s referencing 0096 [link] ) Some of you don’t know this, but there are ‘alternate texts’ if you hover your mouse over each comic – sometimes its an extra joke, sometimes it’s me jabbering on – but I try to give a bit… Read more » 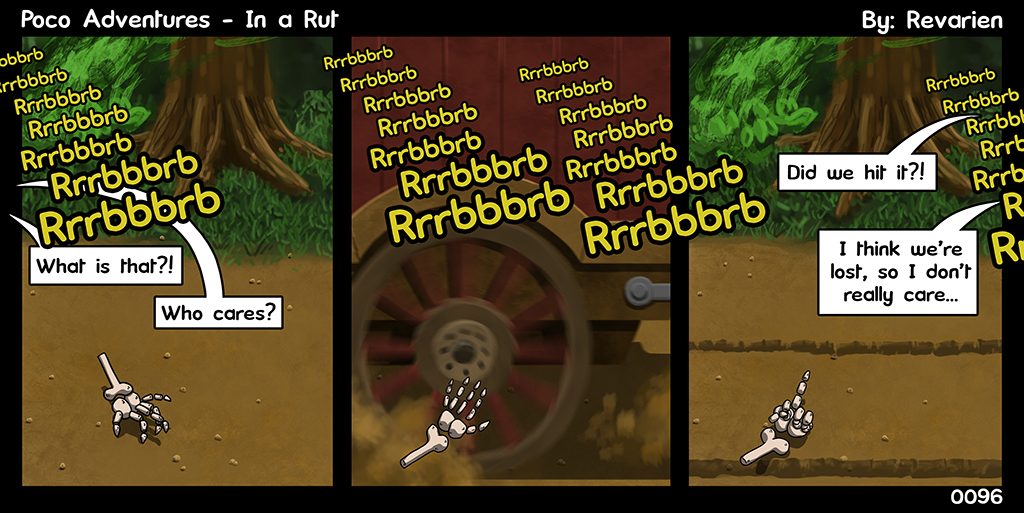 We haven’t seen Nigel’s severed hand in a while… annnnd we won’t again till the end of this chapter! 😛 Finished up strip 0099… omg that was a lot of work. 7 panels. Phew! Then onto nuber 0100!!! TRIPLE DIGITS DIGITIZED! Omg I’m excited! For the record, I listened to this on repeat while I… Read more »